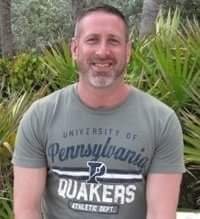 “Working with Angela has given me a much greater awareness of the needs of a very under-served population.  Regardless of the roadblocks, she remains positive and optimistic, refusing to settle for anything less than her dreams.” Larry Wilson (pictured above) MHC-LP, Social Worker, Barrier Free Living’s Freedom House domestic violence shelter.

Barrier Free Living’s team works with survivors of domestic violence with disabilities at our three programs through the year. Angela, a resident of our Freedom House domestic violence shelter, shares how the work she did with her social worker Larry Wilson has guided her toward a place of fearlessness.

BFL: What led you to Barrier Free Living?

Angela: After several years of hiding from my abusive Ex, my aunt informed him of my whereabouts. I returned from work with my daughters and found him there waiting. He started threatening, cursing , also tried to hit me. We took off with whatever we could take with us.

BFL: How did you find Barrier Free Living’s Freedom House?

Angela: I did not have a lot of money, only enough for us to stay at a hotel for  three nights. My boss was informed of the situation and she told me about (Barrier Free Living’s) Freedom House and helped by calling (them). She stayed with me until I was accepted.

BFL: What was your experience upon arriving at the shelter?

Angela: I was scared, nervous, it was a big adjustment. The staff was very kind and helpful. It was hard at first with the fact that I (was) not in control of my safety. I was now dependent on (Barrier Free Living’s) Freedom House. I gradually learned that the staff is here to help me get through my situation.

BFL: What did you find most helpful at Barrier Free Living’s Freedom House?

Angela: The Domestic Violence (support) classes (and workshops) on Mondays helped me. These (workshops) allowed me to face and accept my situation and the hand that I was dealt. Also meeting women who shared all the struggles I encountered (helped). They along with my social worker (Larry Wilson) helped.

BFL: What’s next for you?

Angela: I’m currently doing a job that I love as a baby nurse/nanny. I’m pursuing a degree and hope to pursue a career in childcare and teaching in the future.  I am hoping to have my own home or apartment. (I hope to) Have no fears, (to have) high self esteem and to finish school.