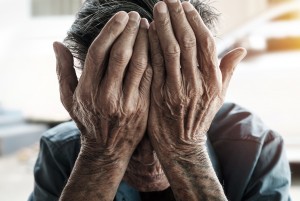 Contributor Sara Eldridge, LMSW, is a Senior Social Worker at Barrier Free Living’s Freedom House domestic violence shelter.  Sara is a licensed social worker who received a Master’s Degree in Social Work from Silberman School of Social Work at Hunter College in 2015.  Sara has been a social worker at Freedom House since 2015, where she provides individual and group counseling to adults, children and adolescents. Prior to Freedom House she worked with youth in alternatives to detention and incarceration programs, student veterans and crime victims.

Approximately 1 in 10 Americans age 60 or older have experienced elder abuse. Most of the perpetrators are family members, but can also include caregivers such as home attendants or staff at nursing homes or assisted living facilities.

Freedom House domestic violence shelter welcomes survivors of elder abuse, whether the perpetrator is a spouse, child, sibling, or caregiver.

When elder survivors arrive at Freedom House, staff meets with them to assess their needs. Our living spaces are fully accessible including bathrooms with guard rails and roll in showers. (View a virtual tour of Freedom House here).

The on-staff Freedom House nurse performs a health assessment and will refer the survivor to new medical providers if it is not safe to continue seeing their previous provider. The nurse will also coordinate visits from home attendants and nurses so the elder can continue receiving care while at the shelter.

The Freedom House occupational therapy team will meet with the elder to work on activities of daily living, such as setting medication reminders, keeping the unit clean, or using accessible transportation.

The entitlements worker will meet with the elder to assist him or her in accessing benefits. For example, the elder may need to remove his/her abuser as a social security payee or open a public assistance account. Because there may be legal complications, Freedom House can assist with finding a lawyer. Barrier Free Living recently partnered with Sanctuary for Families to offer monthly legal clinics connecting residents with attorneys.

The social worker provides trauma counseling and case management, helping the elder process their complex feelings of guilt, shame, anger or sadness regarding the abuse and connecting them to services. The social worker also facilitates domestic violence support groups.

What Is Elder Abuse?

Elder abuse includes physical, sexual, and emotional abuse, as do other forms of domestic violence, but can also include neglect, deprivation and financial exploitation.

Neglect is a failure to provide an elder with necessities like food or medical treatment, while deprivation is actively denying an elder food, shelter, medication, or physical assistance.

Financial exploitation is withholding or misusing an elder’s financial resources, including through the power of attorney. Because many elders have physical or cognitive disabilities, they are uniquely vulnerable to these forms of abuse.

For example, an elder who is suffering from dementia may not realize he or she is granting a caregiver access to his or her financial resources. An elder who has mobility issues or chronic health problems may not be able to go to the doctor on his or her own or may need assistance monitoring his or her medication.

Many elders find it difficult to leave abusive relationships for a number of reasons. An elder who is being abused by a spouse or child may be reluctant to leave their loved ones and afraid of living on their own. If the abuser is a caregiver, the elder may worry about who will take care of them. When the abuser has power of attorney, the elder may require legal assistance to gain independence, which can be difficult or expensive to access. An elder with dementia may not realize that he or she is being abused.

One elder arrived at Freedom House after being verbally and physically assaulted by his son, who was living with him in a supportive housing facility.

A home attendant visited him several times a week, which Freedom House continued to facilitate. The social worker worked closely with the resident’s Adult Protective Services worker to ensure he continued to receive mental health, legal and other services. In addition, the social worker and housing team advocated for resident to be moved to a new, safe apartment at his supportive housing program. When the resident arrived, he was sad and angry about the situation with his son and reluctant to relocate. Over time, he began to process the abuse he experienced with his social worker and was willing to move somewhere safe with the assistance of the housing team.