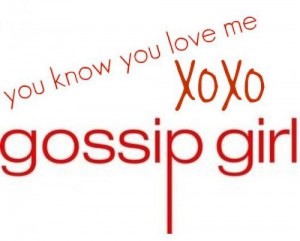 Contributor Sara Eldridge, LMSW, is the Assisstant Director of Social Services at Barrier Free Living’s Freedom House domestic violence shelter. Sara is a licensed social worker who received a Master’s Degree in Social Work from Silberman School of Social Work at Hunter College in 2015. Sara has been a social worker at Freedom House since 2015, where she provides individual and group counseling to adults, children and adolescents. Prior to Freedom House she worked with youth in alternatives to detention and incarceration programs, student veterans and crime victims.

First celebrated in Rome, Italy in the 14th century Valentine’s Day has become known in Western culture as a day to honor romance, sometimes in the form of grand gestures and expensive meals and gifts.

We are typically bombarded with messaging related to the joys of love and romance, in advertising and on social media for weeks leading up to Valentine’s Day.

The reality for some survivors of domestic violence, however, is that there can be many “so-called” romantic behaviors that are actually forms of abuse. When pop culture and society treat stalking and controlling behaviors as acceptable, even praiseworthy, expressions of love, victims of domestic and sexual violence may not realize that they are being abused, which can make it even harder to leave abusive relationships.

Teens are especially vulnerable to pop culture messages that purport to teach them what their first relationships should look like. The resulting confusion between abuse and love contributes to the high rates of teen dating violence, with one in three teens experiencing emotional, sexual and/or physical abuse from a partner.

In films like Twilight, Say Anything and Love, Actually, characters that show up at their love interest’s home, without their consent and/or despite previous rejection, are viewed as sweet and devoted. In the music video for Maroon 5’s Animals, the lead singer is portrayed stalking his love interest – and real-life wife – by watching her through her apartment window and taking secret photographs of her. Recently, the rapper Cardi B’s estranged husband interrupted one of her performances to ask her to reunite, which garnered praise from observers on social media.

Abusers may engage in these grand gestures in order to convince survivors that they have really changed, but in reality they are trying to coerce survivors into resuming an abusive relationship.

Stalking “is a series of actions that make you feel afraid or in danger” (Stalking Resource Center), such as repeatedly calling or texting, showing up wherever the victim is, giving unwanted gifts and finding out information via online searches or by contacting friends and family. Survivors who are the target of stalking report feeling fear and paranoia. They limit their activities, avoid seeing friends and family, and may even quit or lose their job because of the stalking.

Survivors with disabilities often have less recourse when they are being stalked – for example, they may have to continue going to the same provider even though the abuser keeps showing up there because they can’t get services somewhere else, or someone with low or no vision may not realize they are being followed.

Similarly, many abusers engage in controlling, manipulative or intimidating behaviors, such as telling their victims what to wear and who they can talk to and insulting or demeaning their victims.

Again, pop culture often romanticizes these behaviors, such as when the lead male character in The Notebook threatens to kill himself if his love interest doesn’t go out with him. On Gossip Girl a character repeatedly insults and humiliates his love interest and, when she tells him she is engaged to someone else, violently punches a window, causing her to be injured by flying glass. In both these examples, the couples end up together and the abuser’s behavior is seen as demonstrative of their passion and deep dedication to the person they love.

In reality, these types of behaviors serve to control victims so they acquiesce to the abusers’ wishes out of fear of further harm. They may eventually come to believe the insulting or cruel things abusers say about them.

Survivors with disabilities face specific manipulations based on their disability, such as being called crazy because of their mental health needs, told they are useless or incompetent because they use assistive devices, or made to feel guilty for inconveniencing the abuser who has sacrificed so much to take care of them and their disability.

Both Secret Garden and Freedom House* shelter provide individual and group DV counseling to help abuse survivors understand that controlling, manipulative, and stalking behaviors are not romantic and are signs of an unhealthy and abusive relationship.

Many people will celebrate Valentine’s Day by watching a romantic movie or listening to a love song, but hopefully with a better understanding that abusive behaviors are not romantic or sweet but are scary, inappropriate and potentially dangerous.

Freedom House is holding an empowering “Family Love” Celebration on Feb. 13th for residents of the shelter.