The award was given to a select number of emerging leaders of the social work profession in recognition of visionary and exemplary work. LeShan’s team was on hand to cheer him on at the sumptuous awards dinner ceremony in NYC.

“It is an honor to be recognized for my service to the profession and to be able to exhibit my leadership skills at Barrier Free Living,” says LeShan.

LeShan  is a native of the Bronx, NY and a graduate of Lehman College’s Bachelor and Master program in social work.

LeShan had many jobs throughout his years, but it was not until he began working at a Day Treatment Program for the mentally ill in the spring of 2000 that he learned of the diversity that a career in social work can bring. He worked as a Care Manager with a Managed Long Term Care Medicaid program which specialized in providing home care services for New Yorkers with disabilities, who would otherwise be confined to a nursing home.

In 2009, he began working at Barrier Free Living for the Managed Long Term Care program to coordinate the services of the homeless residents who were in need of assistance with their activities of daily living while they transition.  His work with the program increased the number of shelter residents who were able to utilize the home care services and other resources while in shelter.

In January 2013, he took on the role of Program Director of Barrier Free Living and managed the 48-bed facility. During that time, he has placed numerous physically disabled residents in subsidized permanent housing with community based services in place. He and his team continue to advocate for subsidized housing and capital funding for the program.

Leshan would like to thank his family, specifically; his sons for the motivation to get up every day to work hard in life and his friends both personal and professional, for listening to his long, animated stories about the work that he loves, his clients, the Lehman College Social Work program and Barrier Free Living for the opportunity to exhibit his leadership skills to one of New York City’s vulnerable populations. 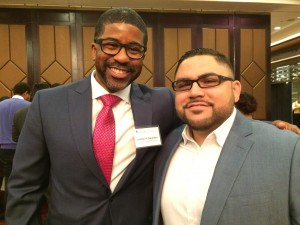 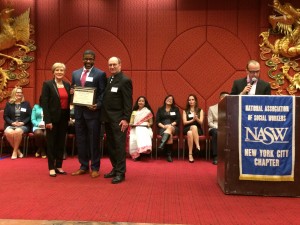