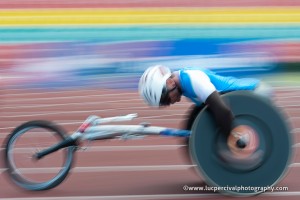 Although the para-athletics season does not get underway fully until February’s IPC Athletics Grand Prix in Dubai, UAE, here are 10 athletes who could make a name for themselves in 2015.

In 2014 Streng won the 200m T44 European title and won silver in the 100m. He set multiple personal bests over 100m and finished in the top six of the world rankings for both sprints.